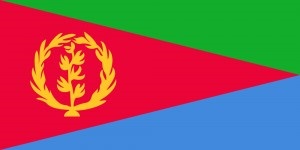 It is not a secret that many Eritreans have given all sort of meaning to flag, specially to Eritrean flag. I supposed this understanding seems to stem from not having of full knowledge of what flag is and what it stands for. This article is intended to provide a precise meaning, objective and purpose of flag.
A national flag is a flag that represents and symbolizes a country. The national flag is flown by the government of a country but can usually also be flown by citizens of the country. A national flag is designed with specific meanings for its colors and symbols. The colors of the national flag may be worn by the people of a nation to show their patriotism, or related paraphernalia that show the symbols or colors of the flag may be used for those purposes.
Historically, flags originate as military standards, used as field signs. The practice of flying flags indicating the country of origin outside of the context of warfare became common with the maritime flag, introduced during the age of sail in the early 17th century. The origins of the flag date back to 1603, when James VI Scotland inherited the English and Irish thrones. On 12 April 1606, a new flag to represent this regal union between England and Scotland was specified in a royal decree, according to which the flag of England (a red cross on a white background, known as St George’s, and the flag of Scotland (a white saltire on a blue background, known as the Saltire or St Andrew’s Cross), would be joined together, forming the flag of Great Britain and first Union Flag.
With the emergence of nationalist sentiment from the late 18th century the desire was felt to display national flags also in civilian contexts, notably the US flag, in origin adopted as a naval ensign in 1777, which after the American Revelation began to be displayed as a generic symbol of the United State. Most countries of Europe adopted a national flag in the course of the 19th and early 20th centuries, often based on older (medieval) war flags. The national flag is often, but not always, mentioned or described in a country’s constitution, but its detailed description may be delegated to a flag law passed by the legislative, or in monarchies a decree.
Flags represent individual nations (or in multi-ethnic societies “super-nations” that represent the joint identities of more than one nationality) and, as all symbols are, often subject to careful analysis. Eritrea’s flag, to the casual observer, is bursting with the vibrant colors common of many African flags; to one having more than a passing familiarity with Eritrea’s history, the flag is clearly representative of shared national identity and history of the land called Eritrea. 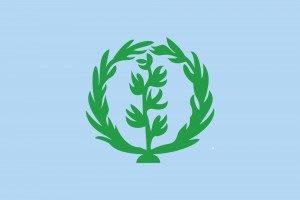 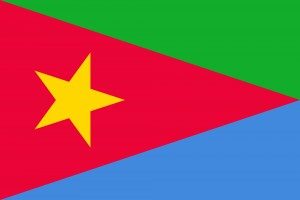 The EPLF Flag represented Eritrea’s second liberation organization, the Eritrean People’s Liberation Front (EPLF). The EPLF, formally created at its First Congress in 1977, resulted from the consolidation of various groups that left the ELF. For some time, both the ELF and EPLF were represented in the field and the EPLF needed a new symbol to distinguish itself from the ELF and from the subordination of Ethiopia. The EPLF flag’s distinct design is deep with meaning: the green stands for the fertility of the country; blue stands for the sea; the red for the blood lost in the fight for freedom; and the yellow star has meaning in its shape and color the color represents the mineral resources of Eritrea while the five corners of the star stand for Equality, Unity, Liberty, Justice and Prosperity. The EPLF ultimately brought independence to Eritrea but carried both flags throughout the country afterwards. 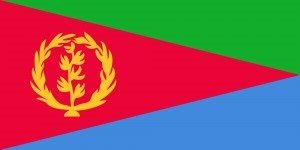 After the Referendum which brought de jure independence to Eritrea, the new government ultimately proposed a new flag which combined both the Eritrean Federal Flag and the EPLF Flag, both of which had represented Eritrea’s fight for independence. The five-pointed star of the EPLF Flag was replaced with a wreath, in the model of the Eritrean Federal Flag, but it was modified such that, “The yellow wreath symbol in the red triangle has 12 leaves on each side, with six more on the upright branch in the middle, totaling altogether to 30, which is the number of years of the armed struggle for liberation that the Eritrean people had to endure.” The current national flag of Eritrea is not just a symbol of an independent Eritrea but embodies that concept.

In conclusion, Eritrea is a free sovereign independent country, as such, it is warranted to have a flag that have deep meaning in representing the history, struggle, culture, and natural gifts of the country. I found it perplexing when I see some Eritreans wave the Federal flag. The Federal flag has its place in history books however, as it was created, it was a symbol Federation and subordination to the Emperor of Ethiopia. In addition, the light blue background was intended to honor the United Nation, as a goodwill for their participation in creating the Federation agreement between Eritrea and Ethiopia. Furthermore, the Federation flag has no relationship to the current independent Eritrea. Hence, can not and could not represent the State of Eritrea.